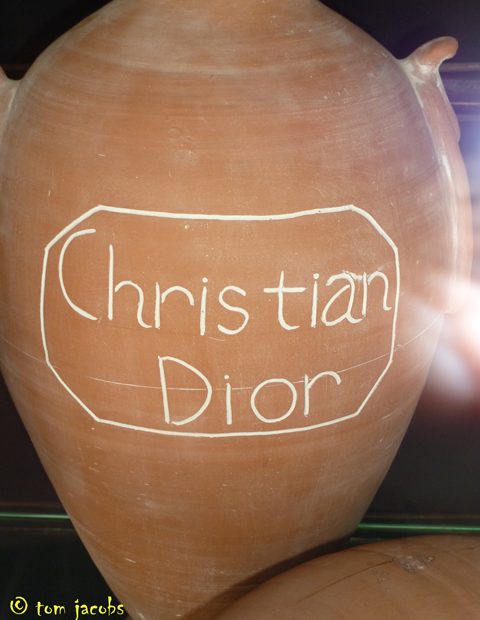 Last week I was in Normandy and decided to visit the Christian Dior Museum.

To be honest this isn’t my kind of thing but I love perfumes and scents and especially like some of the classic Dior colognes so thought it would make for an interesting visit. It’s from the 19th century and Belle Epoque . The grounds and gardens are beautiful but the views out to sea are even better. I can imagine it would have been an amazing childhood home for anyone!

I have to be honest I wasn’t sure what to expect going into the museum but I was actually a little bit disappointed. I have visited many old houses and homes in the UK and I imagined that the house would perhaps be in its original state with artefacts and displays about the history of Christian Dior. It is actually nothing like this at all. The house has basically been gutted and turned into a bland museum. The old staircase and the conservatory seem to be the only original features left exposed, which is a great shame. What disappointed me the most was that nearly every single window on the building was blocked or blanked out. I couldn’t believe this! The house sits on a clifftop so I would imagine if you could actually see out of the windows the view would be incredible. The museum focuses on Haute Couture dresses and clothes and only briefly mentions fragrances and perfumes which left me disappointed again. Although you could buy a selection of male colognes at a very reasonable price compared to the high street.

Apparently the museum has a different feature every summer and during my visit it focused on the art that inspired Christian Dior and I managed to get this sneaky photo of a great painting. I tried to take some more photos but unfortunately this is not allowed and I was sternly told off for doing so.

In conclusion if your into Haute Couture then a visit to the famous Christian Dior’s childhood home is probably a must see. The two women I was with loved it. However if you are expecting a bit more perfume and fragrance as then it’s probably not worth the €6 entry price.

I have read since though that they actually do perfume, cologne and fragrance making classes which I would find fascinating so I may actually return in the future for this.

The grounds and gardens are free to enter.

The gardens were landscaped originally by the fashion designers mother, Madeline Dior, and are definitely worth a stroll. The Christian Dior museum is actually located in Granville which is a beautiful seaside town on the West Coast of the Cotentin Peninsula in Normandy.

You can find out more about the museum here on it’s official website http://www.musee-dior-granville.com

Have you ever been disappointed by a museum or attraction that you were excited to see?