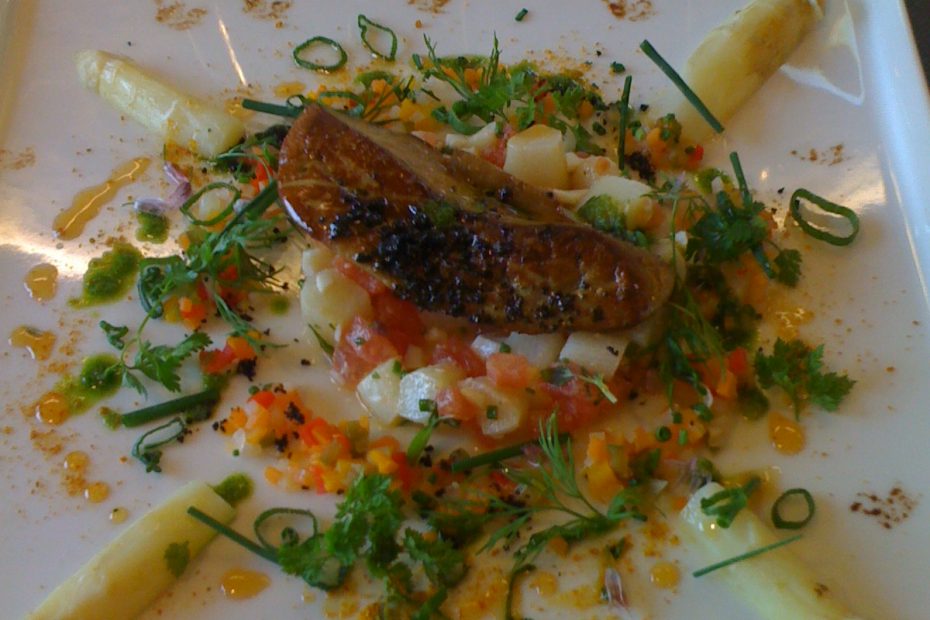 Until recently I had never eaten at a Michelin starred restaurant before. In fact I never really eat at fancy restaurants at all so the extravagant and beautifully presented dishes that were served to me during a recent trip to the Lot region in France courtesy of Atout France really blew my mind and taste buds!

Heres a quick selection of what I was treated too! I forgot to take a picture before digging in on this one! Probably the most incredible salad I’ve ever had Terrine of Poultry with some vegetables Fillet of Cod and vegetables Duck in a Cassis Sauce with Gratin Potatoes I had a great time in the Lot and will do another post about everything I got up to in this beautiful region of France along with lots more photos.

2 thoughts on “Michelin Star Food from the Lot, France”